With a hilarious and charismatic cast of characters, this start to a fresh middle-grade action-adventure series is part Spy Kids and all fun! Everyone in twelve-year-old Hale's family is a spy, going way back. They've all worked for the Sub Rosa Society (SRS), an elite organization that's so top secret that new agents aren't recruited; they're born.

His parents may be the ultimate spy team at SRS, but Hale isn't your typical stealthy spy-he is, as his mother puts it, big-boned, and as some of his classmates put it, fat. Still, he's convinced he will someday be a great field agent. After all, it's his legacy.

But when both his mother and father go missing on a secret mission-likely captured by the SRS's number one enemy - it's Hale's time to step up and (with a little help from his acrobat-cheerleader little sister) save the day.

Other Books by Jackson Pearce

Don't miss these other books from Jackson Pearce: 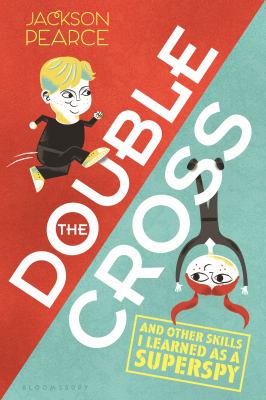